What makes it so sad is that it wasn’t some Saturday night party drunk riding a motorcycle in the park, but a reeking, glassy-eyed Bruce Springsteen, honored elder statesman of rock ‘n roll.

He was popped for DWI on Nov. 14 at Gateway National Recreation Area in Sandy Hook, near the lighthouse, the setting for a couple of his music videos.

A park ranger on foot patrol, R.L. Hayes, spotted Springsteen taking a swig from the bottle, get on a red and white Triumph, and start the engine. Busted.

Approaching Springsteen, Hayes noticed the bottle, Patrón, an 80-proof tequila, was empty. Patrón is high-end hooch for hipsters, starting at about $50 a fifth; the top shelf is $7,500.

Bruce told the ranger that he drank two shots in the last 20 minutes, according to local press accounts, which said they’d been provided the ranger’s report.

Ranger Hayes noted that Springsteen appeared tipsy. He swayed back and forth during a field sobriety test. He was also “glassy-eyed” and “smelt of alcohol.”

At first, Springsteen refused a breathalyzer test, but later agreed. He blew of 0.02, a quarter of New Jersey’s legal limit. Still, in addition to DWI, he was cited for reckless driving and drinking alcohol in a “closed area.”

More:Bruce Springsteen has a court date for DWI charges scheduled for next week

When the news hit the fan, the Springsteen Corp. (The Boss, worth half a billion, is Big Business) swung into action to tone down the harsh media glare with the soft, filtered light of Bruce’s side of things. The New York Post, quoting a source “close to Springsteen,” said Bruce was provided the pricey Patrón by one of his fans who stopped him for selfies. So far, none have stepped forward with the pics or to accept partial blame. And Bruce, known for loquacious storytelling during hours-long concerts, has been as quiet as a Jersey boardwalk in winter. He’s due in court next week.

It’s awkward. The story broke a few days after Springsteen, 71, starred in a two-minute Jeep commercial broadcast during Super Bowl LV. He looked old and tired, riding in an old, tired CJ-5, in an old, tired town in Kansas.

His earnest but annoying message to us is to seek “the middle” in America’s polarized politics. Earnest, because Bruce, like a lot of us, believes “the middle” is where Americans need to go right now. Annoying, because Springsteen, a vocal progressive for 45 years, probably believes he’s in “the middle” and to unite everyone just needs to see things his way, not the other way around.

Jeep pulled the ad until his DWI case is resolved. 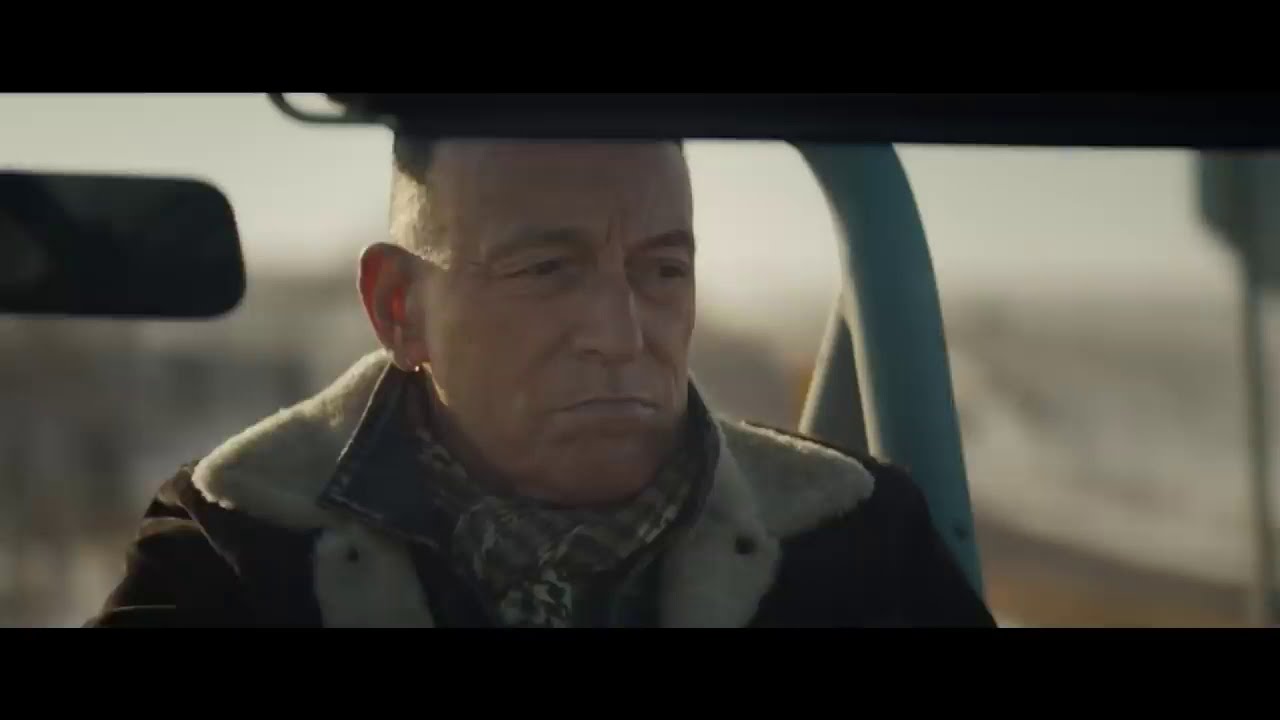 There’s something troubling about the scene in Sandy Hook. At 21, his bust would be rock star antics. At 71, it’s foolish. Tipsy, alone, riding a motorcycle. Ranger Hayes may have saved an American legend.

Or maybe it was a call for help, that Bruce is suffering on a level far deeper than we’d expect. He’s always been open about wrestling with internal conflicts. His early publicists cast him as a blue-collar bard, though in reality he never worked a blue-collar job, or any job, except for playing music. Good for him.

But those who come from blue collar backgrounds, who worked underpaid, dangerous, back-breaking, heavy-lifting jobs for peanuts, (and maybe didn’t really get his music) could always tell Bruce, with his fame, money and model girlfriends, was a poseur. Even if his lyrics about working class lives were poetic. In 2012, Bruce discussed his interior conflicts in an interview published in The New Yorker.

“My issues weren’t as obvious as drugs,” he told David Remnick. “They were quieter – just as problematic, but quieter. With all artists, because of the undertow of history and self-loathing, there is a tremendous push toward self-obliteration that occurs onstage. … You are free of yourself for those hours; all the voices in your head are gone. Just gone. There’s no room for them. There’s one voice, the voice you’re speaking in.”

Bruce, too, was deeply conflicted about avoiding service in Vietnam, telling Tom Hanks in a 2017 interview, “I was a stone cold draft dodger.”

As he grew older, his guilt grew, too. In the late 1970s, he became involved helping Vietnam veterans. He still does. He wrote “Born in the USA” to work through the guilt.

If you gain the confidence of men like Bruce, they’ll admit it’s not an easy guilt to assuage. Here’s why.

For every man who dodged that war, someone went in his place. Who was he? What happened to him? Some will tell you the consequences of their decision to skip, run and defer. Some were iced by the small towns where they lived. Guilt lingers, questions gnaw. Some, maybe most, can pack it away and move on, untroubled. Not everyone, though.

What happened last Nov. 14 in Sandy Hook, New Jersey, can be taken as a warning for anyone who dreams of fame, or maybe hitting the lottery for, say, a half-billion bucks. A lot of problems go away, but new ones arrive, and old ones magnify.

Like Springsteen said, a quiet, lonely pain. Not the loneliness of a windswept Jersey beach, but the desolate wilderness of the pines and their dreaded phantoms.

As years roll by, you’re haunted.

More:Mullane: A Karen calls to say her name isn’t a punchline

More:Mullane: If weed is legal in Jersey, why was NJWeedman arrested for weed?