MESA, Ariz. – Police are looking for a suspect accused of throwing a rock at a Tempe motorcycle officer, causing him to crash along the Loop 202 freeway on Thursday night.

According to Mesa Police, the officer was riding his marked police motorcycle home along the Loop 202 Red Mountain Freeway at 7:20 p.m. on Dec. 16. As the officer approached the McKellips underpass, he was hit in the helmet and shoulder by a rock, causing him to crash.

The officer was able to get to the side of the freeway and radio in for help.

The officer, a six-year veteran of the department, suffered non-life-threatening injuries and was hospitalized. He has since been released from the hospital and is recovering at home.

“Situations such as these are extremely dangerous. Throwing objects at any moving vehicle can result in serious injury or death,” police said in a news release.

Mesa Police are asking anyone with information on this incident to call them at 480-644-2211 or Silent Witness at 480-WITNESS. 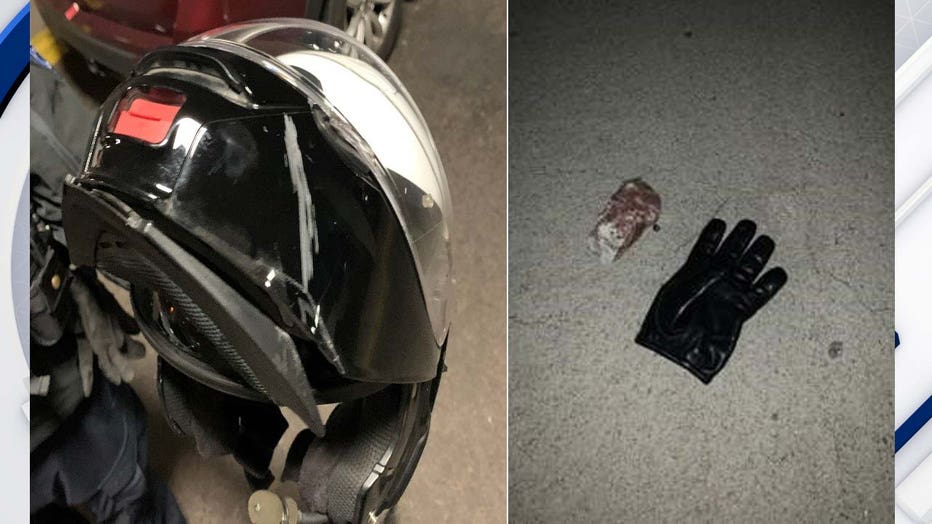 Police are looking for a suspect accused of throwing a rock at a Tempe motorcycle officer, causing the officer to crash his motorcycle along the Loop 202 freeway on Thursday night. (Mesa Police Department)

Tune in to FOX 10 Phoenix for the latest news: