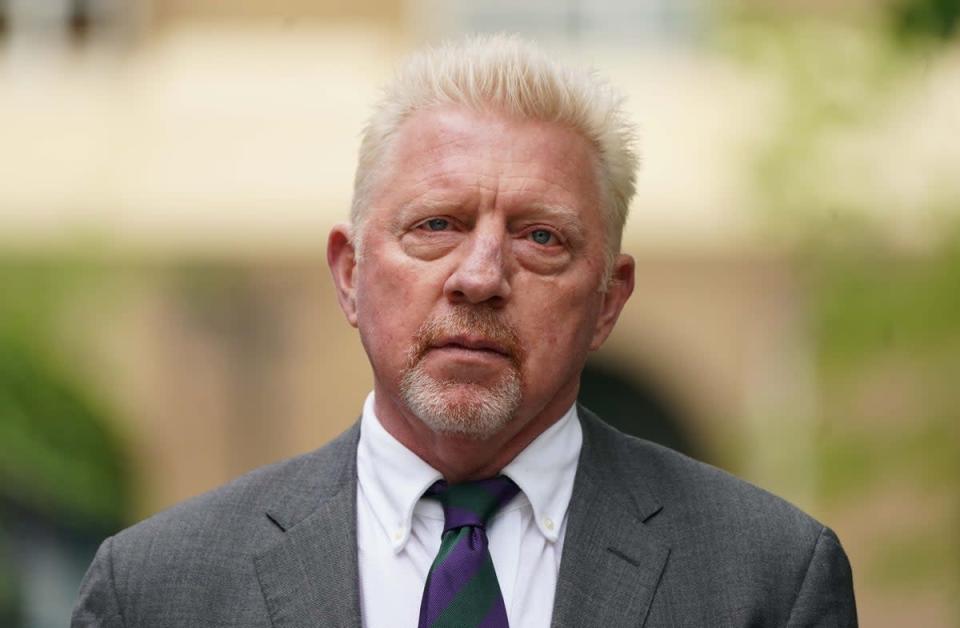 Jailed tennis star Boris Becker has been given a job in prison teaching fellow inmates sports science, it has been reported.

The three-time Wimbledon champion was in April sentenced to two years and six months in prison for breaking the terms of his bankruptcy by hiding assets.

He has since been serving his sentence at HMP Huntercombe, a category C prison near Henley-on-Thames, in Oxfordshire.

It has now been reported that the 54-year-old German national has been made a classroom assistant, teaching PE theory and the benefits of exercise and diet to fellow prisoners.

But Becker, a former world number one and six-time Grand Slam champion, is claimed not to have been in the facility long enough to have enhanced prisoner status and therefore cannot work in the jail’s gym.

“It’s not exactly the life of luxury he’s used to — but he’s got it better than most inmates,” a prison “insider” was quoted as saying by The Sun.

The newspaper went on to carry claims from the same individual that “there is a lot of resentment” about Becker assuming the role so quickly, alleging that the families of some prisoners have written letters of complaint.

But a Prison Service spokesperson told The Independent that the prison’s governor had told them on Wednesday morning that they had no record of any complaints on the matter.

“It’s untrue to suggest any preferential treatment was given,” a spokesperson said. “Offenders are able to access a variety of work and education opportunities while in prison.”

Becker was found guilty in April of four charges under the Insolvency Act, including removal of property, two counts of failing to disclose estate, and concealing debt.

In a plea for a suspended sentence, Becker’s lawyer had argued the sporting star had already “lost literally everything”. But Judge Deborah Taylor said that, despite the humiliation Becker may have felt, he had “shown no humility” during the proceedings.

Becker will serve half of his sentence before being considered for release, Judge Taylor told Southwark Crown Court.

But The Sun claimed the following month that, under the government’s Early Removal Scheme, Becker could be sent to Germany.

“He’s very confident he’ll be back in Germany well before Christmas,” the paper cited a source as saying. “He believes he would be out on licence there by Christmas as they have a much more lenient justice system.”

Originally built as an internment camp, to detain people like prisoners of war, Huntercombe opened as a jail after the Second World War and was a borstal, a youth detention centre, until 1983.

From 2000 it was used as a jail for boys aged 15 to 18 before being turned into an adult category C training prison in 2010. It has held only foreign criminals since 2012.

The latest inspection, carried out in December 2020 and published last year, found the prison to be “well led and progressive”.

Earlier findings said it was “safe, decent and purposeful”, with facilities including a “well-resourced library” and a gym although more recently the equipment has been described as “dilapidated” and in need of replacement.