A motorcycle driver was killed in a horrific crash during a high-speed pursuit in West Hills.

LOS ANGELES – A motorcycle driver was killed in a horrific crash during a high-speed pursuit in West Hills.

The Los Angeles Police Department was tracking the motorcycle driver who was allegedly wanted for theft.

The suspect was driving at speeds of 130 mph when another car crashed into it… sending the motorcycle driver flying.  The driver was violently hurled about 100 feet down the street.

Get your top stories delivered daily! Sign up for FOX 11’s Fast 5 newsletter. And, get breaking news alerts in the FOX 11 News app. Download for iOS or Android.

FOX 11 froze the video just before the crash under company policy to not show an individual’s death.

The driver died on scene. It is unknown if the two people in the other vehicle were injured. 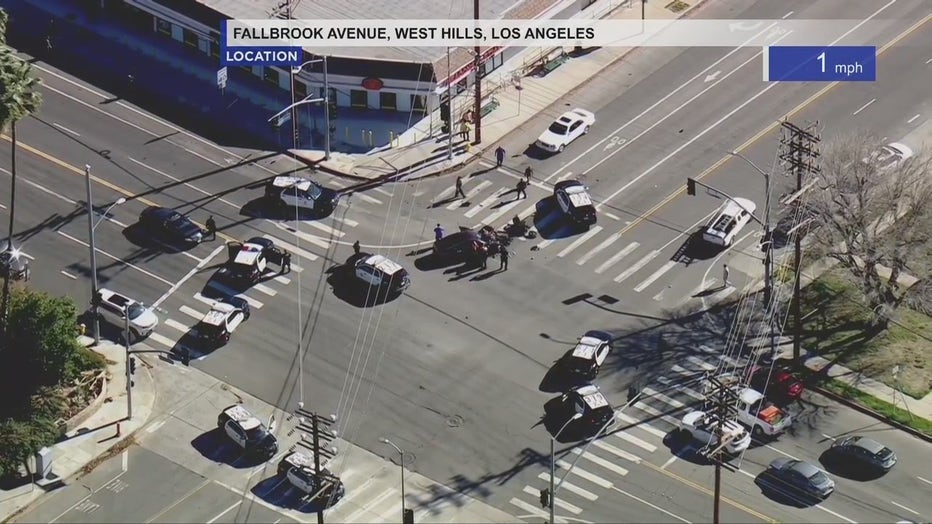 The crash happened around 1:15 p.m. near the intersection of Roscoe Blvd. and Fallbrook Ave. in West Hills.

Tune in to FOX 11 Los Angeles for the latest Southern California news.