BRADENTON, Fla. – Dave Parham was the kind of guy everyone turned to. Family and friends say he helped countless people in the community, fixing their cars as a mechanic and taking neighborhood kids under his watch. He loved his wife Rhonda, step-daughter Ellie, and was the best dad in the world to his 8-year-old son, Jase.

“He was just so thoughtful to help everybody but himself. He always put himself last,” said family friend Meg Ozbirn. “To Jase, his dad was his whole world. His whole world.”

On Friday, Jase and his dad had just finished a taco lunch off 14th Street in Bradenton. They were on Dave’s motorcycle, only a few minutes away from home. Ozbirn said safety was key to Dave.

“Dave would never take him out on that motorcycle during rush hour. He would never travel far with him. He always made sure Jase had his helmet on. Jase was his whole world. He would not have done anything to put his son in danger,” she said.

The Florida Highway Patrol said around 1:30, a 71-year-old driver of a Kia cut in front of them and hit them. The impact sent Dave and Jase off the bike. 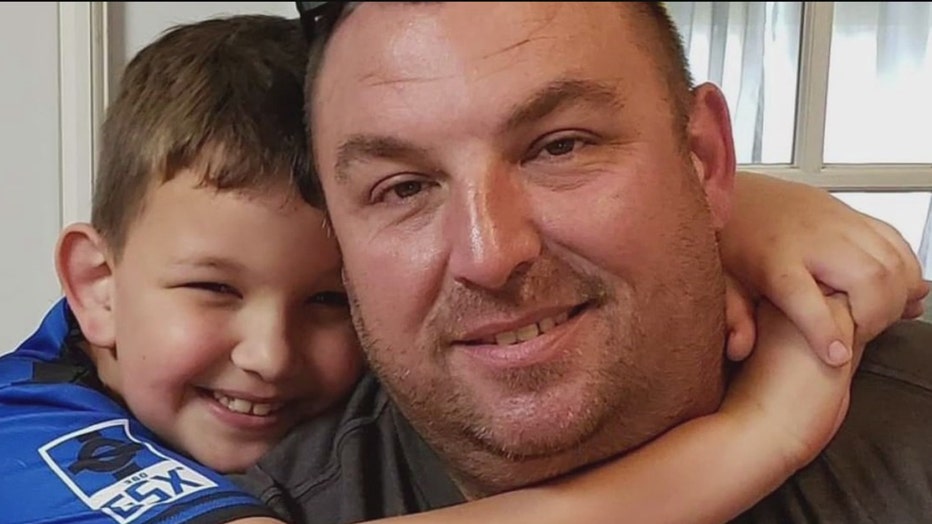 “When he was on that motorcycle he was in charge of his life, his son’s life and somebody’s elses life that he didn’t know. He was very aware of that. He was a very careful man,” said Ozbirn.

Jase is still recovering at Tampa General Hospital. He has a shattered pelvis and recovery will take months.

“He’s been so strong from the minute the accident happened. He’s been fighting and he’s really pulling through well,” she said.

But even as he heals, a huge loss will remain for Jase and many others. 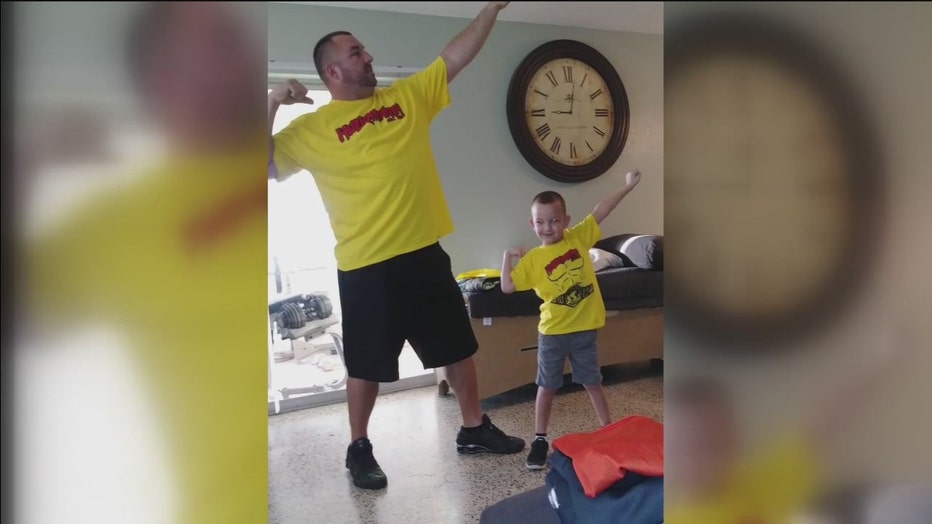 “Just take a minute because not only did Jase lose his dad, but I know of at least a dozen little kids on that street that lost pretty much the only father figure they ever had and he was truly a hero to those kids. They looked up to them,” said Ozbirn.

Troopers say the driver of the Kia will be charged with violation of right of way. That comes with a mandatory court appearance.

A 10-year-old boy was hurt and his father was killed when their motorcycle crashed with a white sedan on 14th Street W/US 41 in Bradenton, according to the Florida Highway Patrol.